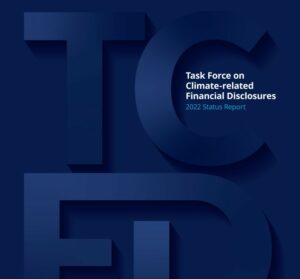 TCFD is pleased to announce the release of the 2022 Status Report. This year marks five years since the TCFD’s final recommendations were published in 2017, and the report assesses developments over the past five years, including the state of climate-related disclosure, perspectives on TCFD implementation, and opportunities for further progress.

As part of its assessment, the Task Force reviewed publicly available reports of over 1,400 companies from five regions and eight industries to better understand current climate-related financial disclosure practices and their evolution.