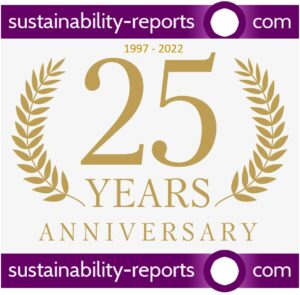 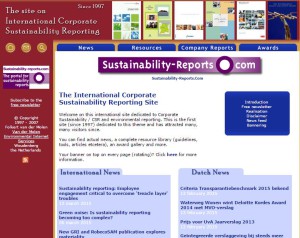 Late 90s the trend came to sustainability reporting (notably through the initiatives of the Global Reporting Initiative (GRI) with their global guidelines), the site also followed these new developments. The site brought both Dutch and international news english news. The website enjoyed a huge international interest. Repeatedly the founder of the website was visited by professionals from countries considering to introduce legislation to establish mandatory reporting (eg from Japan and South Korea). Thanks to this website GRI came into view of The Netherlands and vice versa. Boosted by a successful lobbying of the founder Folkert van der Molen among others, the international secretariat of the GRI came over in 2002 to The Netherlands (Amsterdam).

In March 2015 the news database of the website www.enviroreporting.com was transferred to two other websites of Van der Molen Environmental Internet Services:  www.Sustainability-Reports.Com (this website: international, English language news) and www.duurzaamheidsverslag.nl (Dutch news)  These websites were set up to be portals for annual reports. The news database with over 1,250 news stories contain the entire history of environmental and sustainability reporting for 18 years (1997-2015) have been transferred and thus preserved via these two websites: