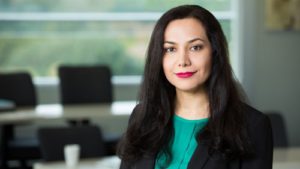 Companies may be cherry-picking sustainability measures that make them look good, while huge variation in what’s reported makes meaningful comparisons across firms impossible, a new international study shows. Researchers say their findings reinforce the call for minimum requirements for sustainability reporting, like those used in financial reporting.

“Companies are under increasing pressure from the public and shareholders to account for their environmental and social performance, as well as their financial performance,” says lead researcher Dr Ramona Zharfpeykan, a lecturer in the University of Auckland Business School’s Graduate School of Management.

“A 2017 KMPG survey showed 93 percent of the world’s 250 largest corporations now report on their sustainability performance, and 69 percent of New Zealand’s top 100 companies. Yet there is still no single global standard and reporting is voluntary in most countries. So, we were interested in how companies approach sustainability reporting.”

The researchers analysed reporting by 797 companies around the world from 2010 to 2014. All companies followed a popular set of standards created by the Global Reporting Initiative (GRI).

Says Dr Zharfpeykan: “Companies seemed to cherry-pick indicators that were either easy to collect, or easy to imply positive or neutral messages, while some of the most sensitive indicators have barely been covered. It is not clear whether firms report merely to stay legitimate and gain their stakeholders’ approval, or report honestly and effectively. If it’s the former, then this raises serious concerns about the usefulness of reporting, and the decisions it informs, such as around ethical investment.”

The number of hires, staff turnover, and benefits provided to full-time staff were examples of the frequently reported indicators. Shunned indicators include reduction of greenhouse gas emissions, volume of spills, and water sources affected by water use.

“On one level, this makes sense: why would you report on something you were doing poorly when your competitors are only reporting things that make them look good?” says Dr Zharfpeykan. “But it undermines the whole point, which is to provide an accurate, comparable picture of how companies are doing across the sustainability spectrum. We will probably only get this when minimum reporting standards are imposed.”

Next, the researchers plan to look at the level of sustainability disclosure in companies, and see if companies that report more also report more comprehensively, or if they are just window-dressing.