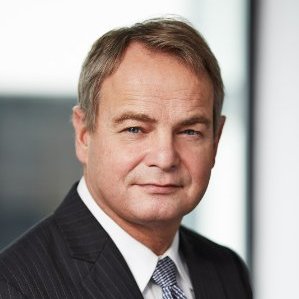 Chair of the International Accounting Standards Board (Board) Hans Hoogervorst delivered the keynote speech at the IFRS Foundation Virtual Conference. He focused on the impact of the coronavirus pandemic on the Board’s work and described some of the useful information provided to investors during the crisis as a result of some of the new Standards. He also discussed how the principle-based nature of IFRS Standards means companies may already need to reflect climate-related risks in their financial statements, despite the words ‘climate’ and ‘sustainability’ not being mentioned in the Standards.

“Let me now turn to the topic of sustainability reporting.

The 2015 Paris Agreement set a global goal to reach net zero emissions in the second half of the century, with many governments looking to achieve this goal by 2050. Many stress that the pandemic should be used as a trigger to accelerate progress towards these goals. Governments are talking about ‘building back better’, rebuilding their economies in a way which is environmentally sustainable.

So it is clear the issue of sustainability will remain prominent for years to come and many are asking what role corporate reporting can play in addressing these issues.

At first sight, one might think that financial reporting, as it is, has no relationship with sustainability issues at all. None of our Standards even mention ‘climate change’ or ‘sustainability’. Moreover, financial reporting merely seeks to describe economic reality as it is, giving equity investors and creditors decision-useful information. IFRS Standards do not seek to move those decisions in a particular direction, such as achieving a more sustainable economy. In fact, we very much emphasise the importance of neutrality of information.

However, my fellow Board Member Nick Anderson—inspired by work by the Australian accounting and auditing standards boards—recently published an excellent article which makes crystal clear that this seeming disconnect between IFRS Standards and sustainability issues is deceptive.

The principle-based approach of IFRS Standards means that issues that relate to, for example, climate change could be captured by our requirements, both in terms of recognition and measurement and disclosure.

Nick’s article gives quite a few examples. IAS 16—the Property, Plant and Equipment Standard—requires companies to estimate how long it expects an asset to be useful. Based on that estimate, it determines how much the asset will be depreciated or amortised every year. Climate change might shorten an asset’s useful life and could force a company to accelerate depreciation.

Climate change might lead an oil company to the conclusion that it does not expect to recover the cost of some of its exploration assets. IAS 36 will then require it to impair those assets.

A bank whose loan portfolio is heavily exposed to carbon-intensive industries might run increasing credit risks when more stringent regulations to reduce emissions come into place. When that results in an increase in expected credit losses IFRS 9 would require the bank to reflect that in its provisioning.

A mining company might be forced by climate change to adjust its estimates of future decommissioning liabilities and increase its level of provisioning. IAS 37 will come into play.

Some of these developments are already happening, but they might remain buried in the financial statements because the company in question might not separately disclose the impact of climate change. Nick’s article, however, makes crystal clear that separate disclosures on the effects of climate change might be required based on our materiality requirements.

Clearly, investors are increasingly interested in the effects of sustainability issues on a company’s present and future results, so we could expect disclosures on climate-change related issues to become much more prevalent than currently is the case.

These impairments, running into the tens of billions, were triggered by a considerable downward adjustment of estimates of oil prices in the next decades. The reasons for these lowered oil price projections were not just the pandemic, but also the growing realisation that the transition to a low or net zero-emission economy will have its consequences for the price of oil. So, the growing realisation by oil companies that some of their assets may become stranded as a result of this transition definitely played a role in these impairments.

To me, these very sizeable impairments were an eye-opener. They are further evidence that over the coming years, we can expect sustainability issues to be reflected in IFRS financial statements to a much greater extent than ever before.

So, having established that IFRS reporting and sustainability issues are closely intertwined; does that mean that there is no additional need for separate sustainability reporting?

Sustainability reporting as it is developing now can have substantial added value to financial reporting. The fact is that the scope of sustainability issues is very broad. It is not just about climate change, it can also be many other issues, such as the investments in a company’s workforce and the durability of its business model.

While the Management Commentary is a logical place for sustainability reporting, the existing Practice Statement is completely silent on the issue. Upcoming revisions to this Practice Statement will help fill this gap by improving the guidance to prompt companies to identify issues such as climate risk that may be material to their investors. I encourage you all to respond to the Exposure Draft that is due out in the first half of next year. There will be more about Management Commentary both later today and in a breakout session tomorrow.

Another benefit of sustainability reporting is that it may serve to make a company aware of the financial consequences of such issues much earlier. It might lead to the effects of sustainability issues being reflected in the financial statements earlier than may have been the case in the past. For example, it might be that the scenario analyses suggested by the Taskforce on Climate-related Financial Disclosures (TCFD) [and other initiatives] have heightened the awareness of oil companies to the long-term financial risks of energy transition.

As a separate piece of work that is complimentary to the requirements in IFRS Standards and the IASB’s work on Management Commentary, the Trustees of the IFRS Foundation are currently considering sustainability reporting. They are responsible for the strategic direction of the Foundation and are in the process of preparing for their next five-yearly strategy review. A working group of Trustees, a Task Force, has done research into this area and the Trustees plan to build on that work by consulting more broadly shortly, and I encourage you to take note of that consultation and to respond.

I hope I have succeeded in convincing you that IFRS reporting has an important role to play in improving transparency around sustainability issues. The strength of our Standards is their principle-based nature which allows new economic phenomena to be addressed as it comes along. Clearly, sustainability is increasingly becoming an economic issue.