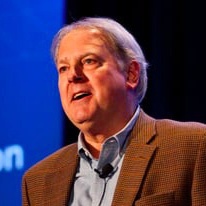 September marked the fifth anniversary of a public comment that I and 65 other members of the Sustainability Context Group submitted to the Global Reporting Initiative (GRI) in the run-up to G4. G4, of course, was the next generation of GRI’s Sustainability Reporting Guidelines at the time, which since then has been replaced by a new set of standards (no longer called Guidelines), known simply as the GRI Standards.

What my colleagues and I pleaded with GRI to do at the time was to include additional guidance that would make it possible for users of G4 to actually implement the Sustainability Context Principle (a longstanding element of GRI’s Guidelines that called for performance to be reported “in the context of the limits and demands placed on economic, environmental or social resources, at the sectoral, local, regional, or global level.” (GRI 101: Foundation)

Read the full article by W. McElroy, Ph.D. , founder and Executive Director of the Center for Sustainable Organizations and the original developer of the Context-Based Sustainability method