Research across 27 markets has found that trust in how companies communicate their sustainability performance has increased to a record 51% this year, with significant variations by country. The survey from GlobeScan and GRI asked 1,000 people in each location to indicate whether they agree that companies are honest and truthful about their social and environmental performance. The level of trust is the highest since the survey began in 2003, when it was at 30%. 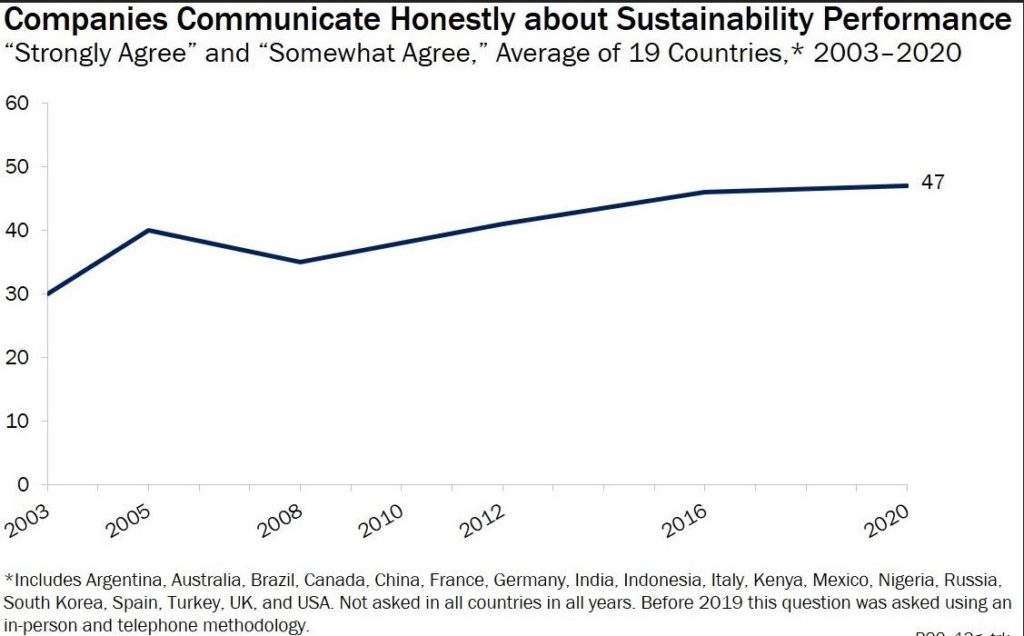 Perceptions in Asia are most favorable, with the highest levels of agreement found in Indonesia (81%), Vietnam (80%), and Thailand (79%). The USA, Australia, Canada and the featured EU member states are at the lower end of the ratings, varying from 44% in the USA to 31% in France.

Peter Paul van de Wijs is Chief External Affairs Officer at GRI, which provides the world’s most widely used sustainability reporting standards. He said: “It is encouraging that around the world the overall levels of trust in how companies communicate their sustainability impacts are increasing. This goes hand-in-hand with growing expectations from consumers regarding more and better reporting. At the same time, finding the featured EU member states at the low end of the rankings strongly supports the case for the thorough revision of the European non-financial reporting directive, initiated in early 2020 by the European Commission. Mandating the reporting of comprehensive, comparable and assured data – using globally accepted standards, such as provided by GRI – is needed if we want to maintain momentum and progress further.”

Chris Coulter, CEO of GlobeScan, said: “Over the course of twenty plus years of global polling, we have seen a sea change in expectations for corporate transparency. The findings from this year’s survey suggest that companies are learning how to deliver and are being recognized for their efforts. Systematic standards like GRI have more than helped. Accurate reporting has become foundational for any effective sustainability strategy.” 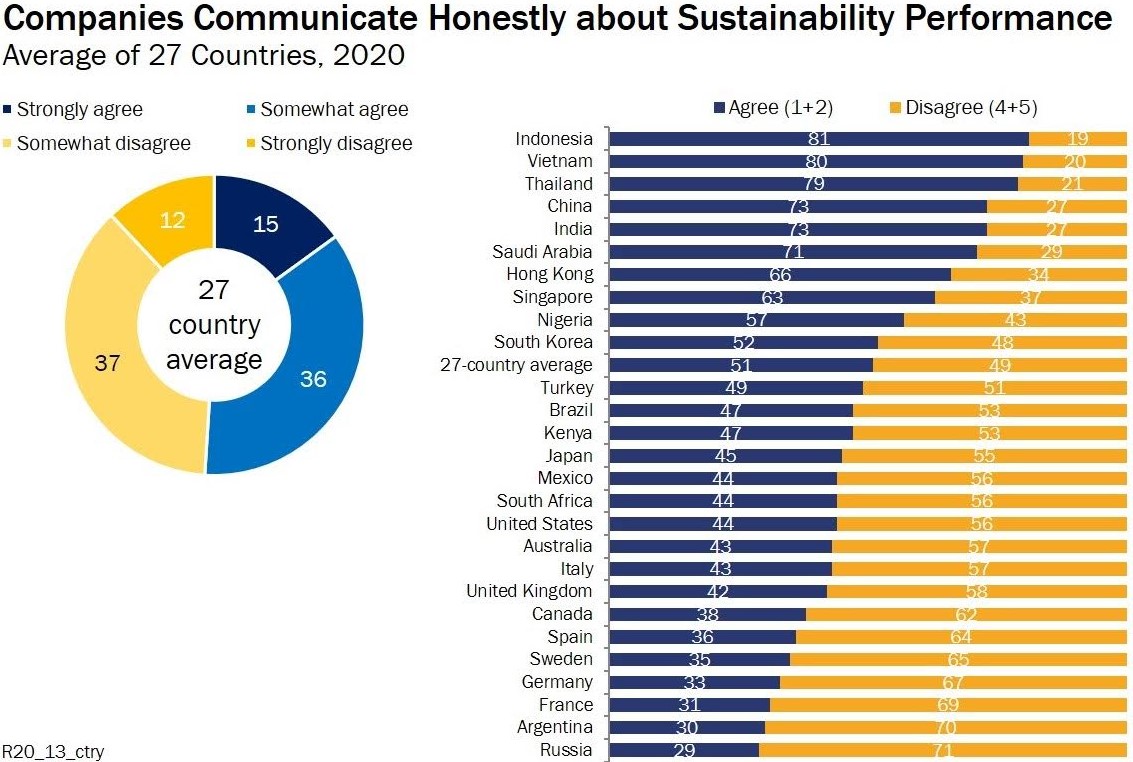