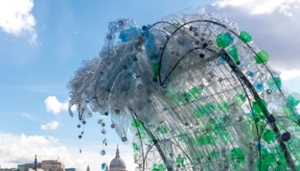 A plethora of different guidance for reporting on sustainability has left CFOs floundering. What could make them take ownership of this important issue? Ramona Dzinkowski reports.

This article was first published in the September 2016 international edition of Accounting and Business magazine.

Given the central role of the finance function in measuring, reporting and managing the value of a company, it’s not surprising that the role of the CFO in managing and reporting on corporate sustainability is growing, albeit, some may argue, at too slow a pace. In its 2013 survey, CFOs and Sustainability, Deloitte reported that 73% of the CFOs polled saw a strong link between sustainability performance and financial performance.

When asked about their own roles, however, only 43% were called upon as a matter of course to help set  sustainability strategy, and only 45% were always involved in strategy execution. These results show a marked increase in involvement compared to the previous year – in 2012 27% of CFOs were always involved in setting sustainability strategy, and 32% in its execution.

Originally, sustainability reporting meant ‘accounting for the environment’, beginning with estimating contingent liabilities associated with environmental damage. However, over the past 20 years, its scope has grown dramatically to include, for example, social and human rights issues (such as conflict minerals disclosure) and diversity factors. As KPMG has revealed in Carrots and Sticks, its latest review of evironmental, social and governance (ESG) reporting, there has been a surge in sustainability reporting requirements, guidance and frameworks, resulting in roughly 383 different reporting instruments being applied in 64 countries in 2016, 248 of them mandatory and 135 voluntary. This compares with 35 mandatory and 25 voluntary instruments in 2006.