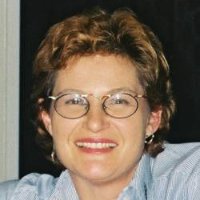 The GRI Conference has come and gone, and I have been so busy working on so many client reports that I have barely come up for air, let alone come up to post on the blog. More about some of the reports I have been working on in recent and upcoming posts. Lots of water under the bridge since the GRI Conference in May 2016… including the not-so-surprising-to-many-of-us departure of Michael Meehan, the GRI CEO since 2014. A new era of collaboration and innovation will now be replaced with a new era of searching for a new CEO. The hunt is on… though, as is often the case, organizations look further than they need to.

Someone  I believe is eminently qualified to lead GRI into a new era of better and more impactful reporting is GRI’s current Deputy Executive, Teresa Fogelberg. Teresa has been a reporting advocate for longer than most of us have been reporting, and has advanced the positioning of reporting around the world through her work with governments and advocacy organizations more than anyone else on the landscape. As a veteran GRIer, she’s well positioned to put GRI back on course. Continuity at GRI is critical in this period to avoid onging over-commercialization of the GRI services and focus on advancing the true value of reporting as a process, an output and an impact on the way business gets done and the way economies are run. Just as we might hope for the USA in the forthcoming elections,  a woman (the right woman) at the helm of GRI will be a new era of not only collaboration and innovation, but also, getting things done.