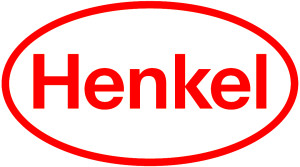 Overall, more than 1,100 pages, nine languages and three different names – since 1992 Henkel has been publishing a Sustainability Report. This year, on February 25, 2016 Henkel’s 25th Sustainability Report will be published. What started nearly a quarter of a century ago as the first “Environment Report”, has today become a comprehensive report, which by offering relevant content for target groups in print and digital versions, has become a centerpiece of Henkel’s sustainability communication. What are the key environmental, economic and social developments at Henkel? In its 25th report, Henkel will elaborate on achievements made in the implementation of its sustainability strategy for 2030 and interim targets for 2015, as well as its new milestones for 2020.

The annual Sustainability Report is the central source of all information for sustainability experts, analysts, customers, consumers and employees. In combination with the simultaneously published Annual Report, it forms an integrated corporate reporting. For the first time in 2001, Henkel included key sustainability aspects in its Annual Report, further expanding it in the following years. Thereby, the company is responding to the increased interest of the financial markets in these topics. Key issues and figures have been reviewed by the auditing firm KPMG.

The future is digital

Since 2011, Henkel has been publishing a comprehensive Online Sustainability Report. Today, the report is optimized for various mobile devices providing additional content, cross-references, graphics and videos. “We have adapted to the changing expectations and user behavior of our stakeholders in a digitalized world. Information on sustainability is becoming increasingly important for a broader stakeholder group, from investors, to consumers and customers. Experts expect comprehensive and detailed information – and a digital access”, says Carsten Tilger, Head of Corporate Communications & Public Affairs at Henkel. “Therefore in the future, Henkel will continue to publish a print version of its Annual Report including objectives and progress made in sustainability, supplemented by extensive digital sustainability reporting.”

As one of the first German companies, Henkel published its first annual Environmental Report prior to the 1992 UN Environmental Summit in Rio de Janeiro. The first report was comprised of 54 pages and titled “Environment Report”. In 1998, the report was extended to a SHE Report (Security, Health, Environment). As of 2000, the report has been titled “Sustainability Report” – and since, has provided more depth on topics like social responsibility and employees.

Henkel’s Sustainability Report has received numerous awards over the years. Already in 1993, the Environment Report received the first prize for “successful environmental information of companies” at the “European Competition for a better Environment.” The most recent example: Last year, the League of American Communications Professionals awarded the 2014 report in the category “Vision Awards” with “bronze”.