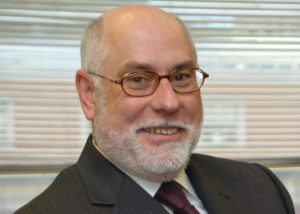 Even though SASB, GRI, and IIRC, cater to the same market, sustainability information providers, each company’s biggest end users are different. Nevertheless some, particularly SASB and GRI, behave as if in competition with each other, which does not help either of them, nor the providers nor the final users.  Time would be better invested in cooperation.

In an analysis of this competitive situation, in her post Trump versus Clinton or SASB versus GRI Elaine Cohen  reports that SASB, in the comments sent about the draft GRI standards, suggested that “Perhaps GRI efforts are better place in providing a forum for stakeholders to voice their concerns………rather than codifying standards…….”   Looks as if SASB was telling GRI “get out of the way.” I do not think this should be seen as a dismissal by SASB of the notable contribution of the GRI framework to sustainability reporting, but it is indicative that there is a sense of “competition” between both sets of standards (not as nasty and consequential as the competition was between Trump and Clinton).

Read the full article by Antonio Vives (Principal Associate at Cumpetere, a CSR consulting firm.  He is also Adjunct Professor at Stanford University and a former member of the Sustainability Advisory Panel at several multinationals).