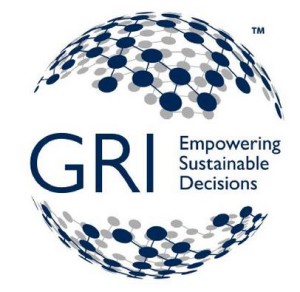 Last week, the GRI Sustainability Reporting Standards came one step closer to their debut, with the Global Sustainability Standards Board (GSSB) approving the final drafts of all 36 GRI Standards for publication. The GSSB reviewed and approved the final drafts of the Standards during an in-person meeting in Amsterdam on 30 August, giving the green light to move them toward publication. Although the GRI Standards’ release is still dependent on the approval of the Due Process Oversight Committee (following the GSSB’s due process), they are expected to be launched in mid-October.

The final GRI Standards, as approved, include all of the main concepts and disclosures from the G4 Guidelines, presented with clearer language and a new structure that meets the expectations and requirements of a standard. This presentation makes the content clearer, easier to update and highly suitable for inclusion in policy and regulation moving forward.
The modular set of GRI Standards include three universal Standards applicable to all organizations: GRI 101: Foundation, GRI 102: General Disclosures, and GRI 103: Management Approach. In addition, the set of GRI Standards include 33 ‘topic-specific’ Standards, organized into three series: Economic, Environmental, and Social. Organizations select from and use these topic-specific Standards based on their material topics.

Improvements based on multi-stakeholder feedback

Stakeholder feedback – provided through public comment and workshops around the world during the public consultation period – was an essential element of finalizing the GRI Standards. This feedback was discussed by the GSSB during their public meetings on 21 July and 4 August 2016, and led to a number of changes and refinements in the final versions of the Standards. For example, compared to the exposure drafts of the GRI Standards, the final drafts feature a revised numbering and naming system, shorter introduction content, and an improved layout to better highlight requirements.
Stakeholders reviewing the draft GRI Standards also highlighted areas where the content was unclear, and further explanation was needed. This included the concept of topic Boundary and the specifics of using selected Standards with a ‘GRI-referenced’ claim. This feedback was valuable to help further explain these concepts in the revised Standards, and to develop a clearer and more useful product.

Gearing up for mid-October launch

Now that they have been approved by the GSSB, the GRI Standards will be finalized and transitioned to publication layout – preparing for an expected launch date in mid-October. During this period, GRI will also focus on developing supporting documents and training materials to assist reporters with their transition from the G4 Guidelines to the GRI Standards.

Moving forward, a series of launch events, webinars and training events will be held around the world in late 2016 and early 2017 to support the launch of the GRI Standards. Be sure to follow the Transition to Standards webpage to get the most up-to-date information about these launch events and other opportunities as they are scheduled.

Next steps for the GSSB: Have your say on future revisions of the GRI Standards

Concurrent with the finalization and launch of the GRI Standards, the GSSB is also seeking feedback on its future Work Program, which will define the next work priorities for the GSSB and the Standards Division until 2019.
The draft Work Program lays out priorities for initiatives to support reporters transitioning from G4 to the new GRI Standards. It also proposes Standards marked for revision and topics prioritized to be developed into new Standards. The draft Work Program is available for comment on the GRI online consultation platform until 28 September 2016.