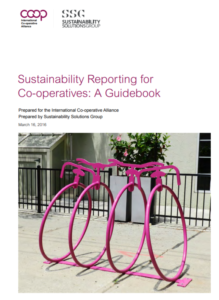 The International Co-operative Alliance has published a new guide for co-ops on sustainability reporting.

It also includes the feedback of primary co-operatives around the world from its Sustainability Advisory Group, and is aimed at co-ops that are new to reporting on co-operative sustainability, as well as those looking to take their reporting one step further.

“The Co-operative Values and Principles codify a particular concept of community wealth and prosperity – one that has recognised economic, social, and environmental criteria in symbiosis long before the coining of ‘the triple-bottom-line’,” says the guide.

“It is a story that needs to be told and sustainability reporting can contribute to telling that story.”