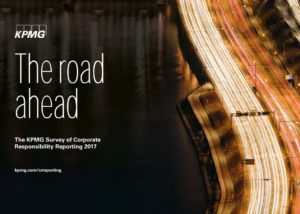 Almost three quarters (72 percent) of large and mid-cap companies worldwide do not acknowledge the financial risks of climate change in their annual financial reports, according to the KPMG Survey of Corporate Responsibility Reporting 2017 published today.

Of the minority that do acknowledge climate-related risk, less than one in 20 (4 percent) provides investors with analysis of the potential business value at risk.

KPMG’s survey studied annual financial reports and corporate responsibility reports from the top 100 companies by revenue in each of 49 countries: a total of 4,900 companies.

It found only five countries in the world where a majority of the top 100 companies mention climate-related financial risks in their financial reports: Taiwan (88 percent), France (76 percent), South Africa (61 percent), US (53 percent) and Canada (52 percent). In most cases, disclosure of climate-related risk is either mandated or encouraged in these countries by the government, stock exchange or financial regulator.

In terms of industries, companies in the Forestry & Paper (44 percent), Chemicals (43 percent), Mining (40 percent) and Oil & Gas sectors (39 percent) have the highest rates of acknowledging climate-related risk in their reporting. They are closely followed by the Automotive (38 percent) and Utilities (38 percent) sectors. Healthcare (14 percent), Transport & Leisure (20 percent) and Retail (23 percent) are the sectors least likely to acknowledge climate risk.

Around two thirds of G250 companies in the Retail (67 percent) and Oil & Gas (65 percent) industries acknowledge the risk but only around one third (36 percent) of major Financial Services firms do so. However, the research found only six G250 companies that have informed investors of the potential financial impact of climate risk through quantification or scenario modelling.

“Our survey shows that, even among the world’s largest companies, very few are providing investors with adequate indications of value at risk from climate change. Our findings support the need for initiatives like the Financial Stability Board’s Task Force on Climate-related Financial Disclosures (TCFD) that aim to improve corporate disclosure of climate-related risk.

“Pressure on firms to up their game on disclosure is growing by the day. Some investors are already taking a hard line approach to demanding disclosure; some countries are considering regulation to mandate it; and some financial regulators have warned that failure to identify and manage climate risk is a breach of a Board’s fiduciary duty. In this context, we encourage firms to move quickly. Those that don’t could very soon start to lose investors and find the cost of capital and insurance cover escalates quickly.”

“It is not only employees, communities and NGOs who take an interest in corporate responsibility and sustainability issues. Investors are also increasingly aware that topics previously considered “non-financial” can have a material impact on a business’s ability to build and protect value both in the short-term and the long-term. Companies therefore need to understand the latest trends in reporting and ensure their own reports meet the expectations of a wide range of stakeholders.” 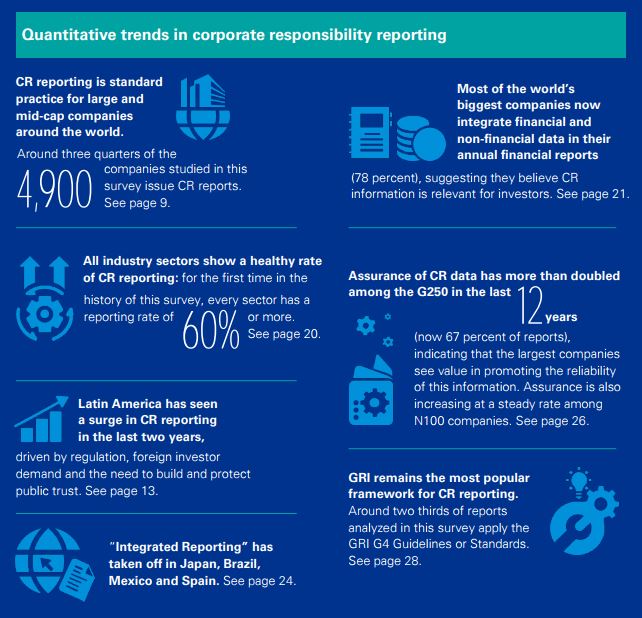